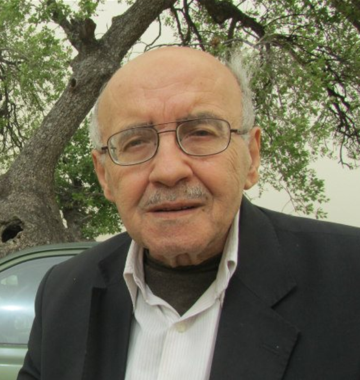 The AUASO “Alraid” Team offers their sincere condolences to Shaikh Imad, his family and friends due to their loss.

Allah Almighty taught the believers: “And We will surely test you with something of fear and hunger and a loss of wealth and lives and fruits, but give good tidings to the patient, Who, when disaster strikes them, say, “Indeed we belong to Allah , and indeed to Him we will return.” Those are the ones upon whom are blessings from their Lord and mercy. And it is those who are the [rightly] guided. (Qur’an, 2:155-157)”

Indeed, everything Allah granted and took away belongs to Him, and He determined time for everything. We pray that the God Almighty forgives the late Mr. Abu-r-Rubb in everything he did wrong both willingly and by mistake, and grant him a great reward for his good deeds: to release him from torment in his Grave and from the Hellfire; and overjoy him with Paradise on the Day of Resurrection.