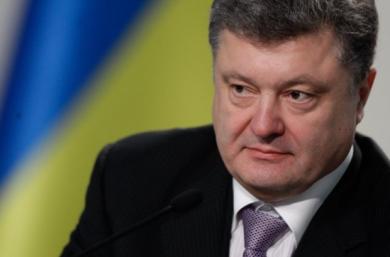 We, the All-Ukrainian Association of Social Organisations “Alraid”, sincerely congratulate you on behalf of Ukrainian Muslims upon your victory in the early Presidential election of May 25.

We truly hope that the forthcoming inauguration will be the first step towards your productive work in that chair of state. We want to believe that the team you chose will be highly professional, effective, and at the same  time, fair.

Our country is being through extremely difficult times now, when Crimea is taken over by force, and both Donetsk and Luhansk regions are focal points for terrorism and separatism. Our hearts are hurt double while receiving this neighbouring country's undeclared war bulletins as largest of Ukrainian Muslim communities.

We really hope that offering an effective resistance to aggressors and restoring Ukraine’s territorial integrity will be your first priority. We sincerely assure you, Mr. Poroshenko, that Ukrainian Muslims will grant you their full and strong support in that. We demonstrated our love and unanimous support for our Homeland multiple times, we always have been Ukraine’s true patriots, though most of our compatriots realized that only during the events of the latest six months, since the Maidan events started. We thank God for being a part of the nation that didn’t divide in such a difficult situation, but on the contrary, we united more than ever.

And, of course, we fully support the course for system change in the spheres of economics, politics and social life you declared in your election agenda. Wt hope that under your authority Ukraine will take its proper place among the well-developed, democratic, civilized nations.

We wish you success in this uneasy field, and pray that God Almighty helped you in that!