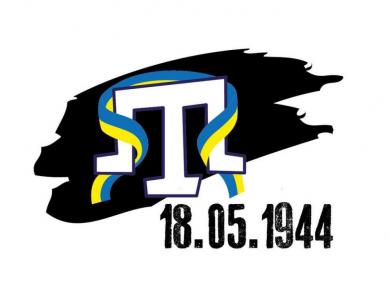 Criminal deportations of Crimean Tatars from their historical Homeland became one of the most tragical pages of their history. Crimean Tatars suffered black ordeal, still they took heat and saved their national culture, their religion, and enormous love for their fatherland.

These people’s epic struggle for their right to return to Crimea, lasted for decades, during which they demonstrated wonderful firmness and moderation, supported by the best people of Ukrainians, Russians, and other ethnic groups along with the global community.

Despite they lost most of their heritage, the Crimean Tatars started restoring it drop by drop upon their return to Homeland. They revived the language, education, ethnic culture.

Today, 70 years after deportation, crimean Tatars are in a difficult situation again, giving hostage to geopolitical environment. Fear and worries for the future inhabited their homes once again. On the eve of the deportation anniversary these geopolitical environment fear to lose their Homeland once again. We believe that you can overcome the new difficulties and keep your connection to God by in you band together even more.

We want to tell our Crimean Tatar brothers once again that you can always rely upon us as your sincere friends and brothers in faith. No matter what borders people draw between us, they cannot separate our hearts, connected by the love to Allah Almighty and His messenger.

We ask Goa Almighty to send His blessings upon the Crimean Tatars in this difficult time, and give them patience and firmness and gives you strength for reviving your religion, culture, language and traditions.

May God guide you to the light and facilitate the path to His contentment!