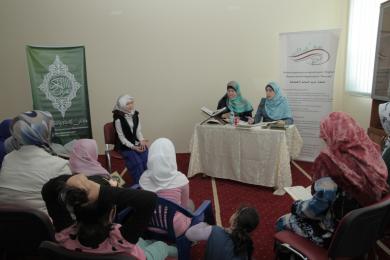 A Qur’an recitation contest for females took part on May 30, 2015. Conspicuous is the fact that two girls of six years of age spotted many teenagers, and a Ukrainian woman, who gave birth to her second child a bit above a month but still won the “silver prize” — and won it in the category “for Arabic native speakers”, not being one herself!

The participants competed in best recitation in several categories, and the prizes (I, II, and III respectively) were shared as listed below. contestants of the category “for Arabic-speaking participants” learned surah Surah 20 “Ta-Ha” (Ms.Ghana’a Taha, Ms.Tatiana Voroshilova); while non-Arabic speakers yfd their three sub-categories.

Congratulations to all the prizewinners!