“We are an Open Social Organisation, We Have Nothing to Conceal” 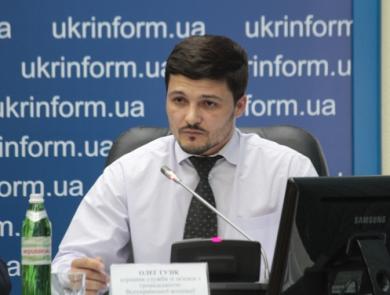 Mr. Oleh Guzik, Head of the AUASO “Alraid” PR Department, voiced the Association’s official position upon the earlier unfounded accusations of extremism at a press-conference “Informational war against Muslim Social Organisations in Crimea”. Other people took word at the Ukrainian National Information Agency “UkrInform” press-centre as well, namely  Mr. Said Ismagilov (representative of Council of Ukrainian Muslim Spiritual Administrations and Centres and Mufti of RAMU “Umma”), Ms. Tamila Tasheva (“Crimea SOS” Project Coordinator, Head of Committee of Media and Information at the  "Community of Crimean Tatars in Kyiv" NGO), Mr. Rasim Dervishev (Permanent representative of RAMC in Kyiv) and Ms.Lyudmila Filipovych (Vice-President of Ukrainian Association for Religious Freedoms and Head of Department for Religious Studies at National Academy of Science of Ukraine).

While force takeover of Higher Medrese of Hafidh by unknown masked law enforcement officers in Crimea this morning (with 13 children and 2 teachers held in custody for more than 5 hours) was the main topic of discussion, Mr.Guzik also considered necessary to draw the media’s attention to the authors of media attacks at the Crimean Muslim organisations facilitated in Russian Media over the past few weeks.

“My first question for those who saw “extremism” and danger in “Alraid”’s project is — who are they to accuse Muslim social organisations long known for their work? How long they’ve been doing their “expert” activities and in any case — what have they been doing in Crimea? How many social and charity projects they implemented? They speak of some “danger of extremism” — but what is their personal input in developing interreligious dialogue and strengthening interfaith peace and consent over the past years?

They condemn the RAMC’s and “Alraid”’s charitable and educational activities — but what they can present as their own achievements in this field? How many mosques and regular schools they’ve reconstructed; how many repatriate families they’ve helped?”

He also stressed that Association “Alraid” never concealed its projects from neither the society nor the state officials. Moreover, all people interested in the Association’s projects were always welcome to take part in implementing them.

“We are an open social organisation, we have nothing to conceal”. All our projects and events are swiftly depicted on our official website as announcements, news and reviews. Our informational activities are in the public eye as well: all the books we publish are available at islam.com.ua; all our informational work is depicted in our published editions and at our web-portals.

To this end, we recall that our projects are meant to benefit both Muslims and non-Muslims, as we, following the high example of our Prophet (peace and blessings be upon him), always try to be maximum useful for the society we live in, regardless of our compatriots’ confession. Being maximum useful for the society, fair and just, pious, non-indifferent to other people’s misfortunes — that’s what our religion teaches us.