Call For Ukrainian Muslims And All The People Of Ukraine 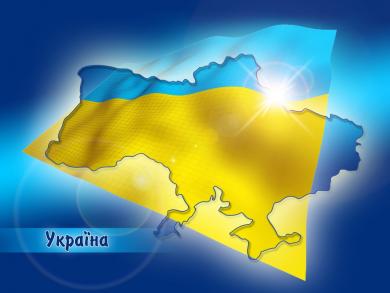 We welcome the extensive processes of renovation, as the pattern of these renovations meets the basic principles and main values of our religion, which is Islam

Our country is being through a real watershed. Current events all over Ukraine are the resumption of an uncompleted national democratic revolution, which started in order to nail down Ukraine’s independent statehood, rule of law and safeguard Human Rights.

We bewall those who lost their lives on the barricades of Maidan, protecting honour and freedom of the Ukrainians. We believe, that the “Heavenly Hundred” (self-defence forces were formed to the troops of hundred people each; almost hundred people were killed by the regime, so the nation called them “The Heavenly Hundred”) are the best sons of the nation. These slain heroes will always remain a true example of patriotism and devotion to their Fatherland.

Profound changes in every sphere of social life have begun. Administration of social, political and economical processes is being restored, the new government is being formed. In fact, we see the birth of the new Ukrainian society. At the same time, this society faced a number of challenges: there is a threat for inviolability of Ukrainian territory, the country is on the verge of financial collapse, and consolidating all the forces within the country is crucial.

Under the circumstance, we state that we, the Ukrainian Muslims, are the integral and important part of the Ukrainian society. We welcome the extensive processes of renovation, as the pattern of these renovations meets the basic principles and main values of our religion, which is Islam. These are justice, honesty, respect for Human rights, for every personality, for every ethnic and religious minority. We call upon every Muslim of our country to take active part in building the renovated Ukraine, where there’s no place for corruption and irresponsible government. Only together we can build the country, there the principles of humanity will rule the society.

It’s symbolical that the revolutionary changes happened on the eve of the great Ukrainian genius, Taras Shevchenko, 200 Anniversary. He was the one who predicted that Ukrainians will free themselves and the era of good, truth and justice comes as far as in 1860:

… And in the renewed land

There will be neither enemy nor foe,

But there will be a Son, and there’ll be a Mother

And there’ll be People.

Ukrainian Muslims truly hope that the new Government will pay a lot of attention to the issues of improving the religious policy, recreate the qualified State Committee for religions, and promote enhancement of the role of Muslim communities in the public sphere.

We beg God Almighty that He sent peace and security for the people of Ukraine and cure the physical and mental wounds, that He stopped the split, misunderstanding and hate.