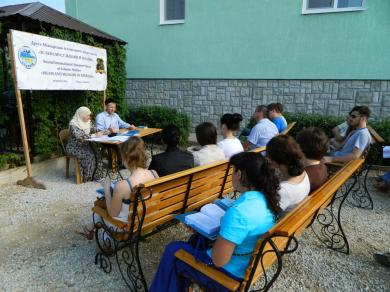 It united not only participants from all over Ukraine, but also their colleague from the neighboring Moldova. The agenda included lectures, reports and entertainment programme.

Phenomenon in The Post-Soviet Area

As given in the unbiased assessment of the President of the AUSO “Ukrainian Centre for Islamic Studies”Said Ismagilov, such school is a phenomenon in the Post-Soviet Area. Any researcher revolving around Islamic studies can take part in the Summer School.

This volume is a digest of works of the participants of both I and II Summer Schools for Islamic Studies as well as IV, V and VI Contests of Islamic Studies named after Antohenell Krymskiy.

Every participant of the School received their copy of “Al-Qalam” to check out their fellow Islamic searchers insight.