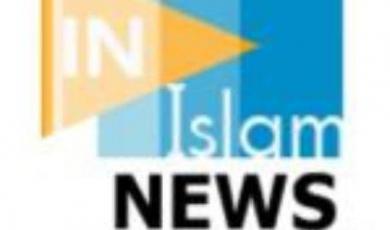 The international scientific conference "Islam in Europe: yesterday, today, tomorrow" took place yesterday in the Islamic Social Cultural Centre of Kiev. Its participants discussed actual problems and prospects of development of the European Muslim community, an issue of its integration into the European society, writes "Islam in Ukraine".

In the conference participated representatives of the leading religious faiths, known public and political figures.

Among them - the chairman of the Assembly of the European Imams, Heysam Rahma, the Azerbaijani political scientist Teymur Ataev, the head of the department of culture of the Embassy of Germany in Ukraine, Herald Herrmann, the former Minister for Foreign Affairs of Ukraine, Gennady Udovenko, ranking officers of Presidential Administration of Ukraine, the Cabinet of Ministers Ukraine, ambassadors of foreign countries, etc.

As Yury Kochubey, the honorable doctor of Diplomatic Academy at the Ministry of Foreign Affairs of Ukraine noted, "Europe knows Muslims for a long time… but concern in the European higher echelons of power concerning their presence appeared recently, as Muslims started to bring an attention to the issue on their status as a collective".

"Thus Europe started to conduct initially wrong policy which was directed on assimilation of those practicing Islam", he accented.

But it is not that scenario which Muslims, the owners of such a valuable spiritual heritage, would like to see. This thought sounded in one of numerous greetings of representatives of diplomatic missions of the Arabian countries in Ukraine, namely performance of the ambassador of Saudi Arabia in Ukraine, Judiya Al-Ghazala, who urged to preserve the Islamic heritage and to increase it.

Recently in Europe was generated a galaxy of outstanding Islamic thinkers and figures. The all-European Muslim organizations - the Federation of Islamic Organizations of Europe, the Council of Europe on Fatwa and Research, the Assembly of the European Imams successfully operate.

The chairman of the Assembly of the European Imams, Heysam Rahma, expressed confidence that salutation of Muslims in Europe will improve, and activity of ecclesiastics of Islam will promote peaceful co-existence of faiths in Europe.

At the same time, the chairman of the all-Ukraine Association of Social Organizations (the AUASO) "Alraid" Ismail Kadi declared that Ukraine is an example in how "representatives of all faiths, despite nationality, language, creed, live in peace and consent".

In the greeting from the first deputy of the minister of culture, Yury Bogutsky, sounded assurance that the country authorities "will further promote peace interaction of different ethnoses, cultures and languages, what Ukraine was always famous for".

And in formation of harmonious multi-confessional and multicultural Ukrainian society, the head of the department of culture of the Embassy of Germany in Ukraine, Herald Herrmann, gave central role to the social religious organizations operating on the territory of the country.

As a whole the action served as the brightest proof of tolerance inherent in Islam in Europe. Observing sitting and exchanging friendly greetings and embraces ecclesiastics from different faiths and different countries, it was possible not to doubt in light "tomorrow" of Islam Europe, "Islam in Ukraine" states.