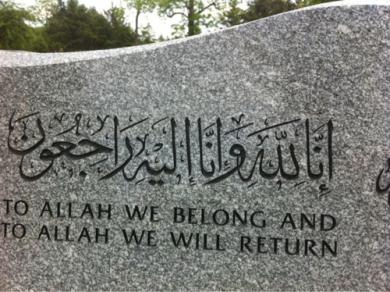 A wonderful man passed away, a man who sincerely advocated for reviving Islamic religious life in Donbass region. That man’s name was Girfan Gildeev, and he was 78. His acquaintance with our Association began in 2004 when he approached us with his dream, which was to build a mosque in his hometown Alchevsk. We cooperated with the local Muslims back then and soon the dream was implemented. Mr.Gildeev served there as Imam until his last breath. We beg Allah Almighty to send His Mercy upon His late slave and make his grave spacious and save him from Hellfire. God willing, the the scale with his good deeds (and there were plenty of them!) will be heavier than the scale of his wrongs on the Day of Judgement!

The parishioners also remember the late Imam as a good, kind and sympathetic man, who was laser-focused on distributing religious knowledge so that there are less and less “formal” Muslims from day to day, and more and more practicing believers. He never spared his private time for explaining some religious matters to people or giving a piece of advice how to act best in that or other situation, when he was asked for some.

The AUASO “Alraid” team and volunteers, both of the Donbass branch and the organisations over the rest of Ukraine express our deepest condolences to relatives and friends of late Mr.Gildeev for their loss. We understand how hard it is when the older generation passes away and the next one remains with all the responsibility for the decisions they take. WHen you suddenly realise yourself as the oldest one among your family or friends, and there’s no other more experienced person to give you a piece of advice, but you’re the one who’s expected to give it instead.

Indeed, everything Allah granted and took away belongs to Him, and He determined time for everything. We pray that the God Almighty forgives the late Mr. Abu-r-Rubb in everything he did wrong both willingly and by mistake, and grant him a great reward for his good deeds: to release him from torment in his Grave and from the Hellfire; and overjoy him with Paradise on the Day of Resurrection.