We Bring Our Condolences To Mr. Refat Chubarov Due To The Death Of His Father 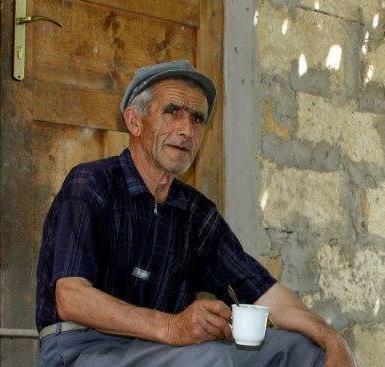 We Bring Our Condolences To Mr. Refat Chubarov Due To The Death Of His Father

A 83 year-old Abdurman Chubarov died yesterday, March 30. During his long life he raised four sons he be justifiably proud of (including current Head of Crimean Tatar Mejlis Mr. Refat Chubarov), gained love and respect of both his fellow countrymen and tribesman and compatriots of other nationalities. We, the AUASO “Alraid” and RAMU “Umma”, bring our condolences his to relatives and his close ones due to the loss they faced and pray that the God Almighty forgives the late Mr. Chubarov in everything he did wrong both willingly and by mistake, and grant him a great reward for his good deeds.

Abduramah-aga was born in 1931 in Ayserez village (Sudak region of Crimean ASSR). After the deportation the 13 year-old teenager was forced to work hard in order to survive, and abandon his dreams for good education which he fulfilled later for his children.

As all of his tribesman, Abduraman-aga eagerly supported the Crimean tatar national movement. The joy of returning to his homeland was shaded with his inability to resettle to his native Ayserez village, but though he settled in the steppe village of Privol’noe, he felt better than in foreign Uzbekistan. He continued working as a brick mason until he retired and gained the character of honest, sympathetic, just and kind person among his new fellow-villagers of different nationalities.

We ask God Almighty to give the late Mr. Chubarov’s relatives and close ones stamina and patience in this experience of losing someone they loved and cared for, and reward them.

Indeed, everything Allah granted and took away belongs to Him, and He determined time for everything. We pray that the God Almighty forgives the late Mr. Chubarov in everything he did wrong both willingly and by mistake, and grant him a great reward for his good deeds: to release him from torment in his Grave and from the Hellfire; and overjoy him with Paradise on the Day of Resurrection.