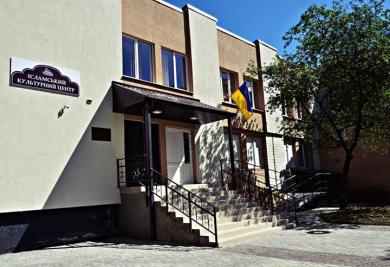 All-Ukrainian action "Islam is a Peace!" took place in major cities of Ukraine at the same day
On Sunday, October 27, the actions "Islam is a Peace!" were held all in one in Kyiv, Kharkiv, Dnipro, Zaporizhzhia, Vinnytsa, Odesa and Lviv. It is a follow-up of the weekly activities... >>>

Eid al-Adha As It Happened at “Alraid” Islamic Centres
A little party never hurt nobody — especially if it’s an Eid celebration. Even despite the fact that it’s late August and most students still haven’t returned from their home... >>>

Day of Arafah and Eid al-Adha-2018 at “Alraid” Islamic Centres
Ready to celebrate Eid al-Adha? For we sure are, and looking forward to seeing you at “Alraid Islamic Cultural Centres” on the eve of 20 August for a joint iftar on the Day of Arafah, and... >>>