Kids Are Unlikely To Refuse Such “Cabbage” 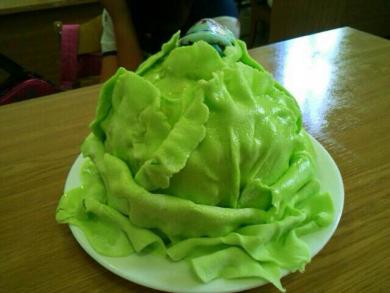 Kids Are Unlikely To Refuse Such “Cabbage”

A three-week summer camp for children and teenagers at Odessa Islamic Cultural Centre was brought to a close right before Ramadan 1. The pupils, however, ask for more, so there will be an intense programme during the Holy Month.

The camp facilitators found a maximum productive combination of studying and leisure: four hours of lessons per day (studying Qur’an, hadith, basic Arabic, practical lessons on ablution and performing prayers) were thick sown with sport games, contests and handcraft classes. Much attention was payed to the children’s nutrition: Mr.Ghazi Mustafa provided them with fresh hot tasty meals on a daily basis. A burst of emotions was caused by two excursions, namely to the local zoo and live butterflies exposition.

Girls from the senior group attended a master-class on making cakes and decorating them with gum paste. The teenagers decided to bring up some humour into the process, which resulted in presenting the adults with a cake shaped and decorated to look like… a cabbage. Such “vegetable” may have not been be very dietary, but it looked and tasted just great.

After the camp was over all the pupils passed their exam on information learned during the whole period. The camp closed with a concert and handing presents for each participant.