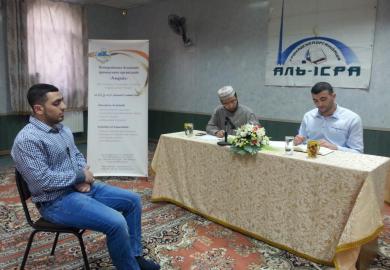 Similar contest for women is to be held in the end of the month, “Al-Usra” welcomes everyone willing to try their luck; please approach the Vinnitsa ICC for more details.