Muslims In Odessa Region Help Victims Of The Flood 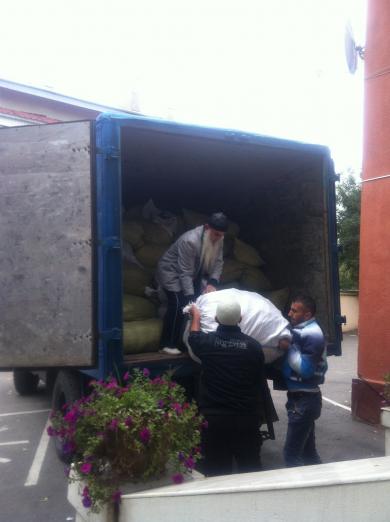 Muslims In Odessa Region Help Victims Of The Flood

On October 2, 2013, “Al-Masar” Social Organisation representatives handed humanitarian aid over to Artsyz District State Administration (Odessa Region) so that they spread it among the victims of the flood.

It bears reminding that there were more than 300 mm rainfall in September after prolonged shovers. As a result, Anchorak and Kogil’nik, the intermittent rivers, ran high. There were multiple breaks on the railway between Artsyz and Berezino, road traffic between Serpnevoe, Artsyz and Tatarbunary stopped, water and electricity supplies cut, 100 gas pipeline damaged.

Hundreds of single-family detached homes flooded in Berezino, Veseliy Kut, Pobeda, Krasnoe and Tarutino. The rescue workers had to evacuate about 1000 people from the flooded houses and bring them to places of temporary accommodation at the rural councils and community centres.

Many families lost their domestic animals and poultry in the flood, along with procurements.