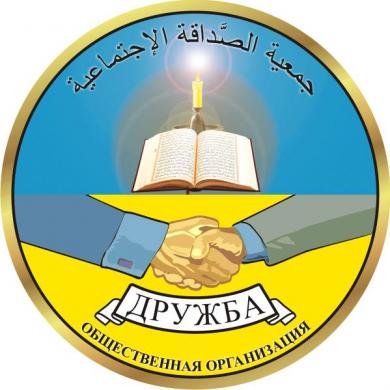 Earlier, for ten years “Druzhba” has been a group of initiative young men, who rented a room for prayers in students’ campus (which they called “Prayer room “Druzhba”). In that room, they held Friday prayers, preached, held lessons for foreign students, and launched a Sunday School of Arabic Language and Oriental Muslim culture. For festive prayers, gyms were rented for several hours.

When the number of regular visitors increased greatly, the young Muslims started searching for a new place. Besides, they applied for the official registration of their social organisation.

In 2011, they managed to rent a 100 square metres office and raise funds for full repair, and gained momentum once again. On June 12 the organisation was revalidated.

“Druzhba” members hold the following events at their office:
— Friday and festive prayers;

— Intense Spiritual programme during the month of Ramadan;

— Lessons of Russian for foreign students;

— Excursions over the city for foreign students.

Support By Word, Deed And Advice: Women’s Seminar In Sumy
Topic raised by facilitators of a seminar in Sumy will always remain important: one and a half dozen women studied the question of a Muslimah’s spiritual culture on May 31. Guest lecturers Ms.... >>>

Resettled Imam Wastes No Time: A Seminar In Sumy
“If it weren't for bad luck have no luck at all” — this proverb perfectly reflects the current situation of Sumy Muslims. This community never had their own Imam with... >>>

Hunger For Knowledge In Action: Shaikh Could Leave Only By Night
A three-day seminar was held in Sumy by a visitor from Kharkiv, shaikh Edgar Devlikamov. He preached the khutbah about the sweetness of faith on Friday.

The programme continued on the... >>>

Friendship And Balance
A weekly Sunday lesson for Muslim women of Sumy at the Social Organisation “Druzhba” (Ukr. “Friendship”)” office was attended by the Head of AUASO “Alraid”... >>>

Sumy Muslim Community Summarised Eid Al-Adha
A small Muslim community of Sumy distributed more than a ton of sacrificial meat among the poor and needy people, namely those resettled from the ATO zone, pensioners, students, large families. They... >>>

Islam In Ukraine And Merits Of The First 10 Days Of Dhul-Hijjah: A Seminar For The Muslims Of Sumy
Mr.Muhammad Al-Ustaz, Imaam of the Luhansk Cathedral mosque who was forced to leave his home as the terrorists occupied the city, arrived to Sumy last Friday in order to spend there several days, do... >>>