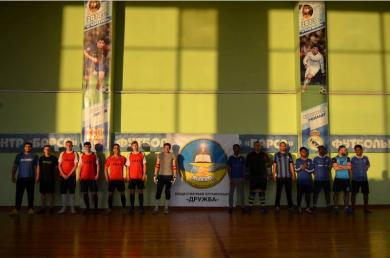 A student mini-football team consisting of Sumy Muslims dropped out of the City Cup contest in the quarterfinals played during the past weekend.

Mr.Hamsa Awad, the captain, regrets to inform that. His disappointment is easily understandable, as their team won the very same Cup last year, and did the same during several pars years in a row.

Now, however, most key players completed their education in Sumy State University and left for their home countries, and the new line-up just didn’t have enough time to play well together.

Only 4 teams are left out out 10 in the bracket at the moment; the finalist is to be announced next weekend after the semifinals and finals are played.

Sumy Muslims, however, aren’t downhearted, as they try to do their best and make every reason for making the next football season more fruitful for their team, and play just as well as their predecessors.