Simple Rules To Avoid Being Attacked 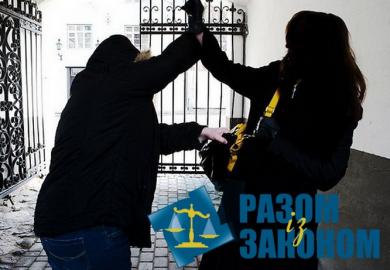 Simple Rules To Avoid Being Attacked

Mr. Jigoro Kano, the great martial artist and judo creator, often told his students that “Avoiding unwanted fight is as good as winning it.” The trouble, however, comes unexpected and it’s often impossible to avoid meeting the bad guys. We give some simple advice below that’ll help reduce the risk of being attacked and tell you what to do if you already became a victim of the crime so that the guilty don’t remain unpunished.

To avoid being attacked:

- Try to avoid walking on the streets at night or in the dark time of the day. If you’re staying late somewhere, take a taxi. Believe us, it’s better to spend a little money for the taxi than to lose your valuables or even get in a hospital. Please note that it’s important that you only use the legal taxi firms as gypsy cab driver can be a criminal as well.

- Try to stay at central well-lit streets, as there are. as a rule, enough people and cars even in the dark time. Never give in to temptation to cut off through dark yards, deserted parks, wastelands and building grounds. Remember that at night the safest way is always the shortest, not vice versa.

- Think over your root in advance. It’s better if you stay close to police departments, traffic police checkpoints, day-and-night guarded objects (i.e. banks, large stores, luxury restaurants, etc.) It’s very important to follow this rule in an unfamiliar territory, as it’s a very bad idea if you get lost in foreign backstreets.

- Never disregard possibilities to get along at least part of the way with someone you know. Even if there’s only two fragile women of you, you’re a much more uneasy bag than when you’re alone. If there’s noone to see you home, try to find “companions” among people walking in the same direction, as happenstance witnesses can deter the plotter.

- Don’t hesitate to cross the street the other way or round a corner if you see aggressive people or potentially dangerous companies. Hold steady, but at the same time in non-provoking manner. Don’t reveal your fear, as this can provoke aggression.

- If you think someone’s following you, try to enter a store or cafe, stop a patrol vehicle or get on the bus (but only if you know the rout and if it stops at a crowded well-lit place).

- Keep your cellphone in the pocket with a number of someone close (it’ll be perfect if this person lives nearby) or emergency service dialed in advance. The plotter can sign his intentions away if he thinks that help can come to you in a moment. You can imitate a phone conversation loudly as a last resort, i.e. “I’m almost there, can you please open the door?”

- Don’t relax if you reached your drive successfully. Avoid entering the hallway with strangers and by no means take the same elevator with them. It there are strange people on the staircase, don’t use your key to open the door, pretend you don’t have it: knock, ring the bell, even if you know there’s noone to open. If the strangers behave aggressively, knock on your neighbours’ doors, ring their bells, screaming “Fire! Help, Fire!” - it’s more likely to draw someone's attention in this case.

- In grave danger don’t hesitate to scream, call for help and draw everybody’s attention to you with any other means. Break windows, hit cars and show windows plugged into signalling system. People can ignore someone’s scream for help, but they’ll call the police for defending their own property. It’s better that you reimbursable costs for a broken window than pay your hospital bills.

- If the plotter claims only for your property - give it to him with no resistance: cell phone or purse in not worth losing your health or honour. One of my friends tried to fight the robbers back and spent three months in coma, although he was two-time combat sambo champion.

- If it’s obvious that the plotter constitutes life-threatening situation for you or your close ones, act firm and don’t be afraid to apply any legal means of self-defence. The law is on your side while you only defend. Article 35 (part 3) of the Criminal Code of Ukraine reads: “The excess of necessary defense shall mean an intended causing of a grievous harm to the trespasser, which is not adequate to the danger of the trespass or circumstances of the defense. The excess of necessary defense shall entail criminal liability only in cases specifically prescribed in Articles 118 and 124 of this Code”.