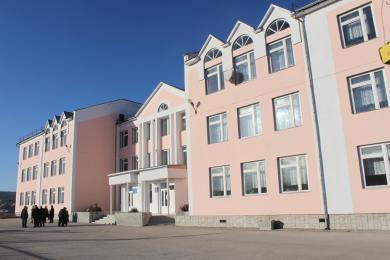 The Project has been initiated by AUASO “Alraid” jointly with Association Of Crimean Tatar Educators “Maarifchi” in 2010, sponsored by the Islamic Development Bank.

Full reconstruction of 17 general education schools with capacity of 54.000 pupils is completed at present; another seven are to be finished within several years. The Association also does minor repairs and equips separate classrooms where Crimean Tatar language tuition classes are taught at other schools.

The schools had been in extremely bad condition before the reconstruction the buildings were old, needed gut rehab, the furniture gone dilapidated. Even such necessary specialized cabinets as gyms, medical rooms, libraries, canteens, computer and craft classes were absent. There had been severe shortage in books and equipment.

Normal exploitation of most buildings was impossible due to the construction defects in old buildings and long-term deprivation of reconstruction. Basements and supporting structures were horrible.