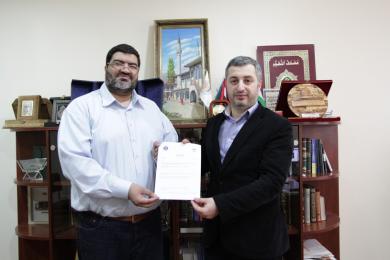 The Memorandum on concerted effort and cooperation in joint social projects in cultural, education, religious and charity field was signed by the All-Ukrainian Association of Public Organizations“Alraid” and the Public Organization “National Community of Crimean Tatars in Kiev” on March 13, 2013.

Like “Alraid”, the National Community supports various kinds of initiatives for interactions between cultures, meant to promote peace, tolerance and respect between cultures and confessions in Ukraine.

The general meeting of the National Community of Crimean Tatars was held on February, 23, 2013, where Mr.Omer Kymyrly Aslan was elected the chairman.