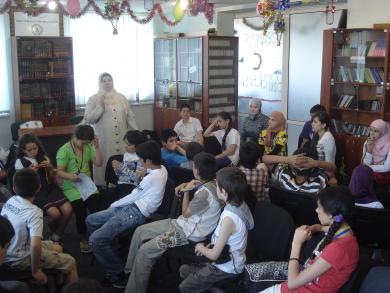 “When We Seek Our Quest, We Will Do Our Best”: Teenager Scouting Camp in Carpathians
So, it’s been the third day since a group of young scouts aged 13 to 16 who volunteered to achieve some basic survival skills and try themselves living in the wild left for Carpathian mountains... >>>

Children’s Recreation in Carpathians: Apply ASAP!
You’ve been listening to your Muslim friends’ kids’ rave reviews of their interesting holiday is the Carpathian Mountains, and set your sights on sending your children somewhere... >>>

WANTED: Disciplined Teenagers for Scout Camping!
Want to teach your little man durability, independence and skills of living out of overprotection, all amid the beautiful Carpathian mountains? Your son is 13 to 16 and disciplined enough not to find... >>>

All-Ukrainian Camp for Teenaged Muslims
The School year is due to end soon, and long summer holidays are ahead. In Summer, parents usually try to send their children somewhere to have some leisure time, or at least to their relatives so... >>>

Independence Lessons started already on the first of September
We truly realized the value of the independence only when it was at the big risk. We should not allow such carelessness no longer, otherwise we, as a country, have no future. That is why the teachers... >>>

Only the Best Qur’an Reciters are to Represent Ukraine on International Scene: Contest Results Announced
Strict jury at Qur’an recitation contest held at Kyiv ICC on the past weekend made sure Ukraine is to be represented by really worthy candidates. The jury were: Sheikh Haydar al-Hajj, a... >>>

“You’re My Best Gift!”*: Pupils of Boarding Schools Asked the Volunteers to Stay
It took about two weeks for the Women’s Social Organisation activists to collect clothes, footwear, money donations, provision and household appliances in order to bring them to pupils of two... >>>

Qur’an as a Permanent Companion for Sumy Muslims
Sumy Social Organisation “Friendship” was filled with many children’s voices last Sunday, on June 14, as a Qur’an reciting contest for children was held. The participants aged... >>>